Most file formats used in the EDA area do not support curved shapes like circles. These shapes had to be approximated with a polygon. Tools to create curved shapes are located under mainmenu/utilities/circular utilities. All of these tools will use the defaults from the setup (shapes/default/angel resolution and shapes/default/bezier iteration) The angle resolution is the angle used per point for circular shapes. So a resolution of 1 angle/point will result in a polygon with 360 points for a circle. bezier iteration is the number of iteration for all non-circular curves. An iteration of '0' will only place a single point between the start- and end-point of the curve, any further increment adds a further point in the middle of each existing line. So you will get an arc with 9 points for iteration of 2, 17 points with an iteration of 3 and 34 points with an iteration of 4.

There are tools to create circles, ellipse, sectors, and arcs. All should be self-explaining. The feature will result in a polygon shape. 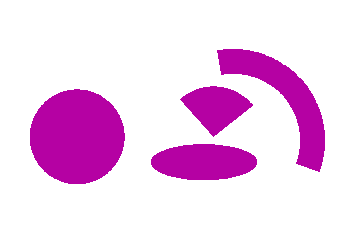 The circle fit feature will calculate the best fitting circle approximation for the given points. 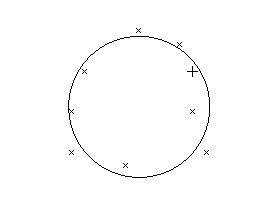 An arc is a circle segment with a constant radius. A spiral changes the radius with the angle. A Bezier curve exists in 2nd order and third order. The second-order has a single bezier point to determine the curve. The third order bezier has to curve points. All of these shapes will result in a path element. 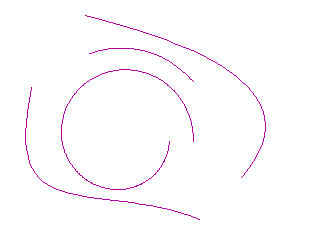 B-Splines as a path or polygon can be added. If the first entered point is identical with the last entered point a closed B-Spline is added as a polygon. Otherwise, a B-Spline as a path is entered. B-Spline was added with release 20190202 of the LayoutEditor. 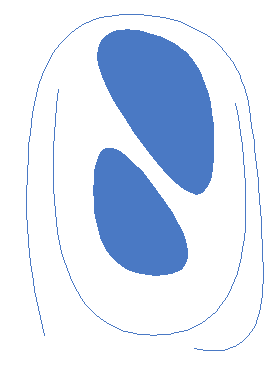