The background module has an extension interface. It can be used to add programmatically images as background including live images, control the current view of the LayoutEditor and synchronize its alignment with any other device. The interface is open source. Please contact sales to get details on the specifications including example code and getting help on implementing an interface to your device. Commercial plug-in development can be offered.

A plug-in to access a SEM from TESCAN was introduced with release 20190110. To start the TECAN plug-in it had to be loaded in the same way as a normal background image (mainemenu/Utiltites/Misc/Set background image). This plug-in is shipped within the LayoutEditor package and located in the ‚LayoutEditor/bin‘ folder on Windows systems and in the ‚plugins‘ folder on Linux and Mac systems. The plug-in can also be load by a macro. Like any other macro, this macro can be added anywhere in the menu tree of the LayoutEditor. A ready to use macro for this task is located under mainmenu/Utilities/Macro/Setup/Connect to TESCAN-SEM. Also, it is possible to set this macro as an autostart macro triggered any time the LayoutEditor is started (in the setup dialog under macros/autostart macro) 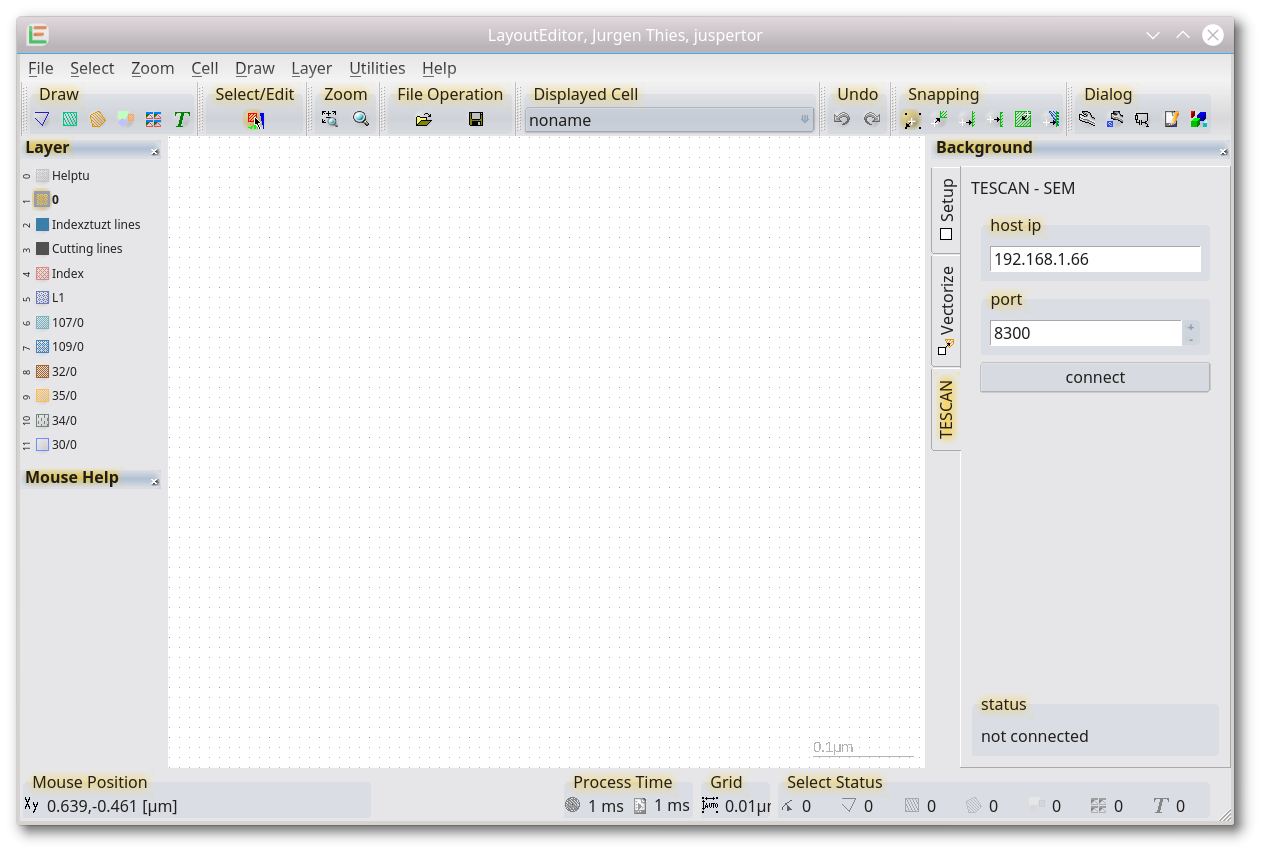 Host IP address and port number of the SEM can be entered and the connect button will establish the connection to the SEM. On old Linux systems (e.g. for Ubuntu 14.4 Linux or RHEL6) the SEM interface had to be in the firewall friendly mode. On Windows, Mac and newer Linux system, both connection modes of the SEM are fine.

Once the connection is established the tab interface switched to the SEM control: 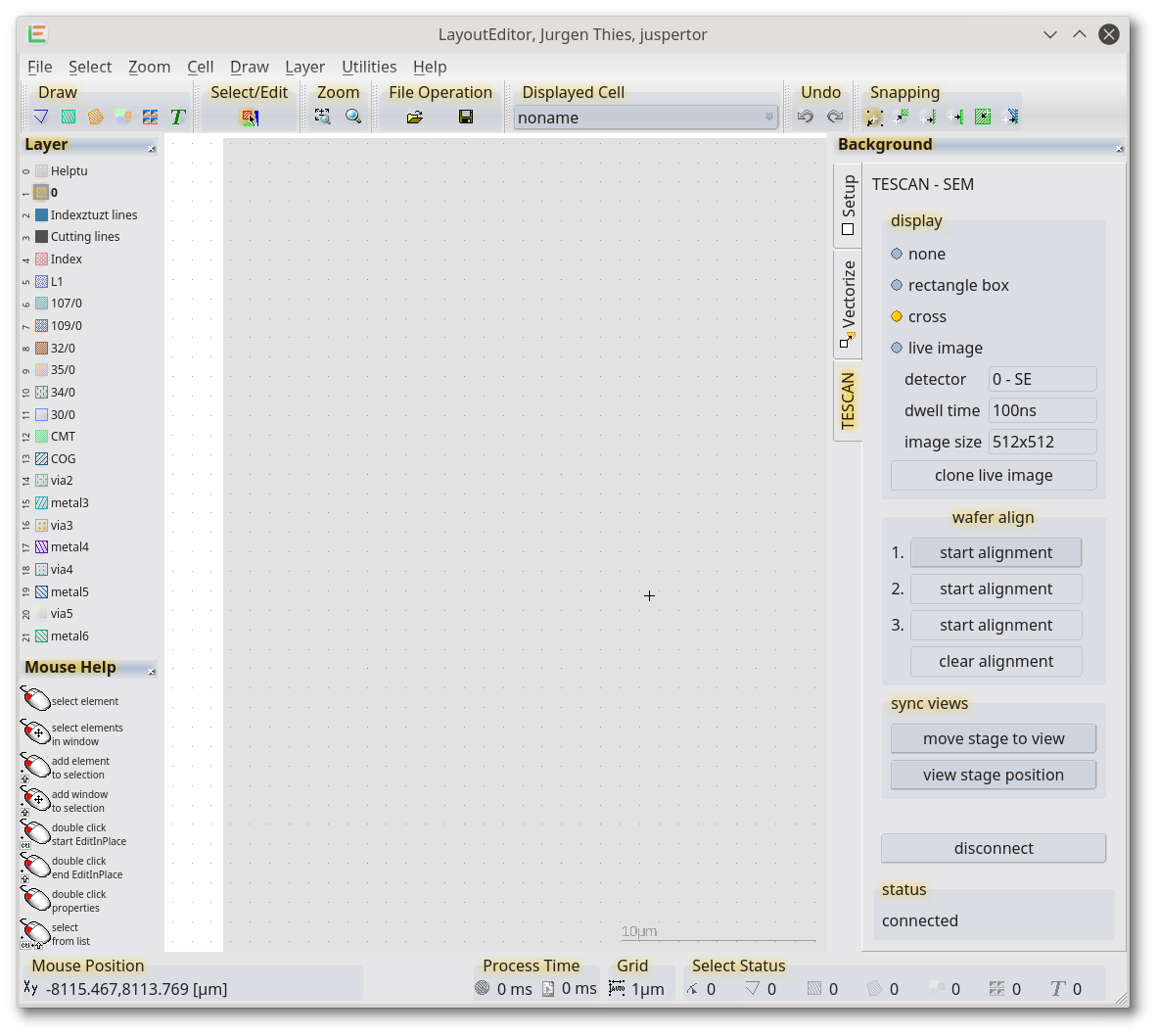 With the display section, the SEM stage position display within the layout can be controlled.

After the first connection to the SEM the stage position is not aligned. There will be an offset between the design and the stage. However, the scale will be correct. To perform the wafer/stage alignment the wafer align controls are used. Alignment can be made on your choice by a 1 point, 2 points or 3 points alignment:

An alignment error will show up in case the resulting scale diverges from the SEM calibration of more than 20%. The alignment for a design will be stored/restored for each design name. clear alignment will remove the stored values. 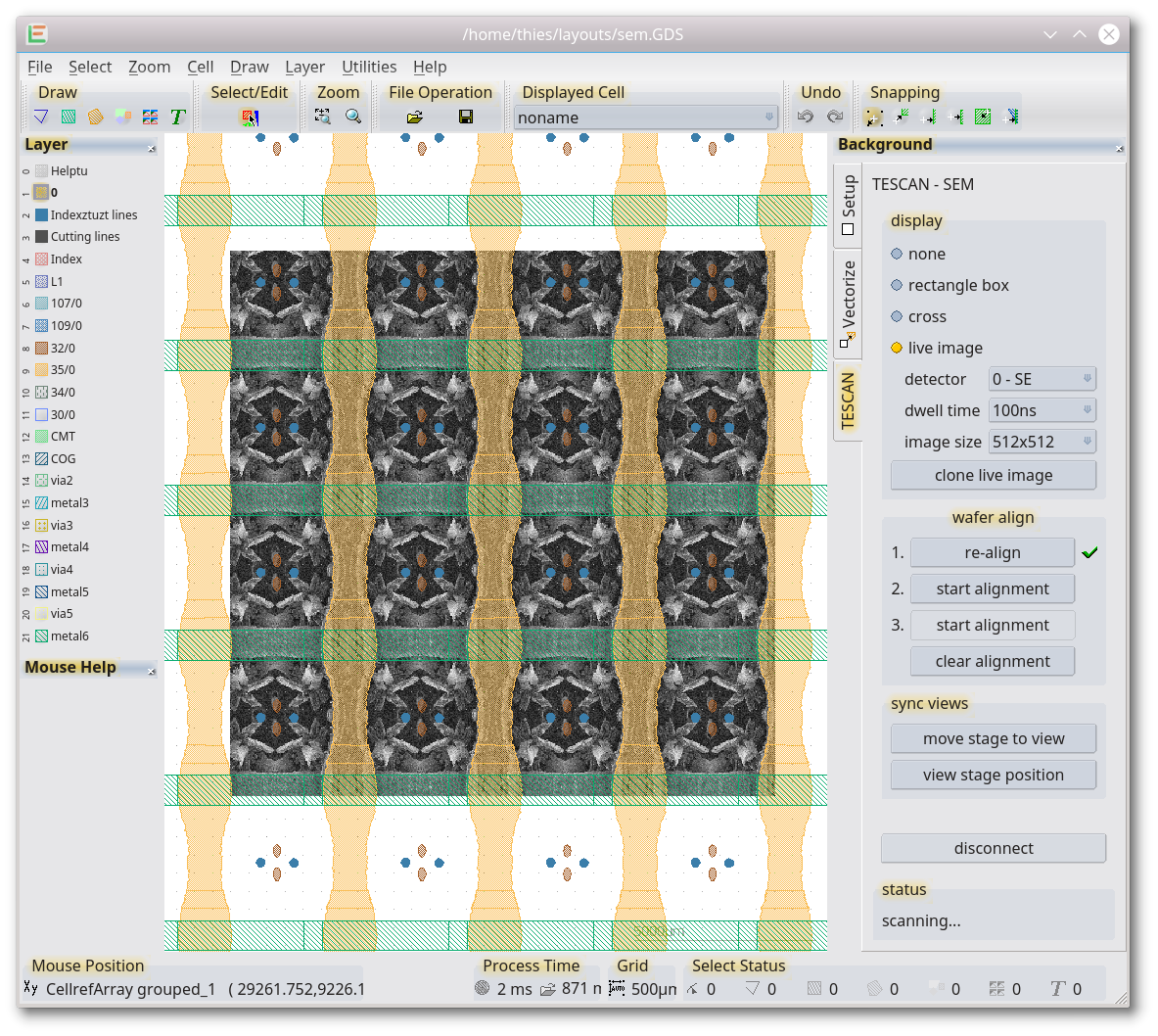 move stage to view will move the SEM stage to the position that is currently shown in the layout window.

Any settings are store on software shutdown and loaded on restart. 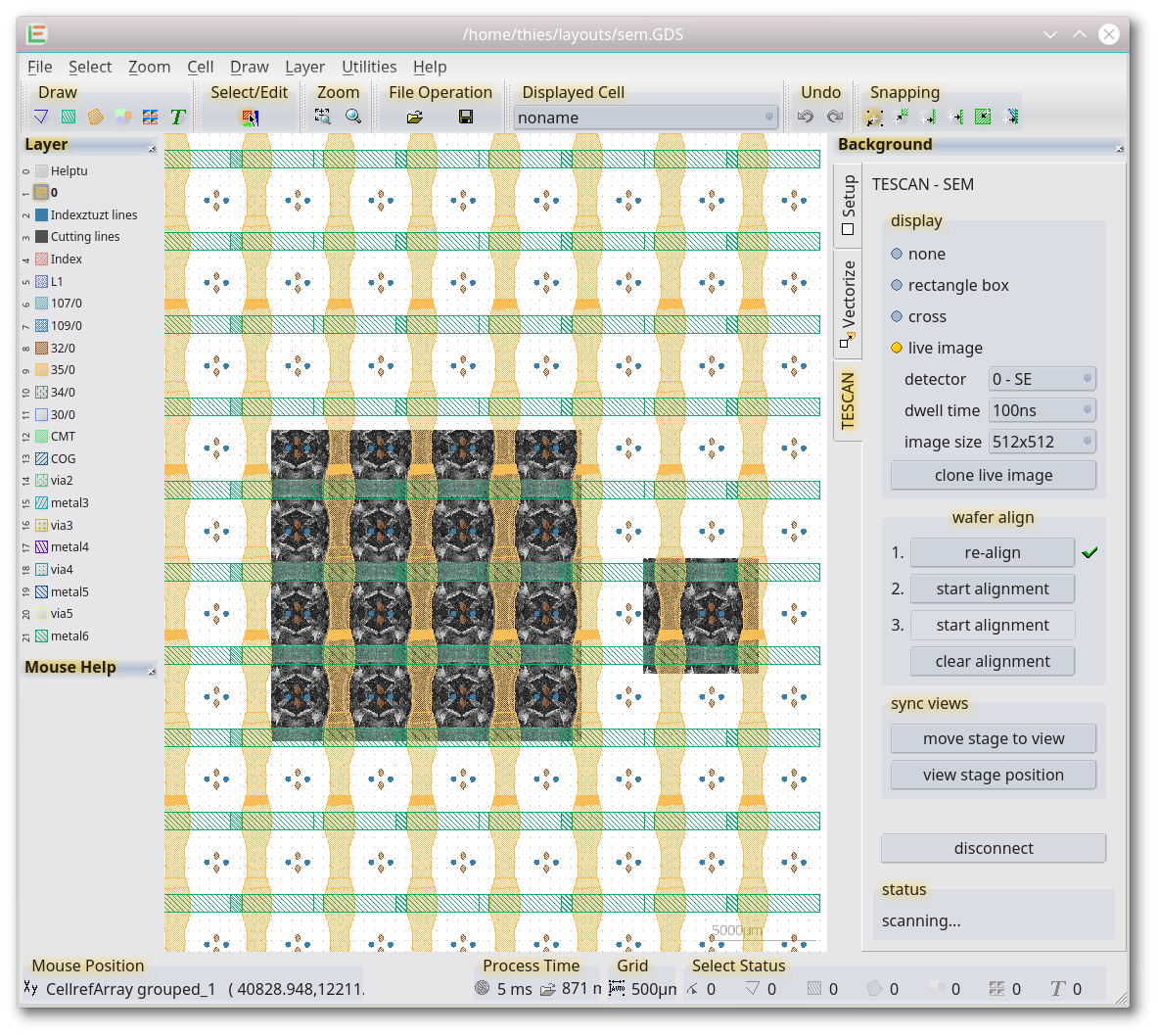