Check all angels of an element. It can be checked on acute angles, 45°angle, and 90°angles. Optional a merge operation before the check is possible. 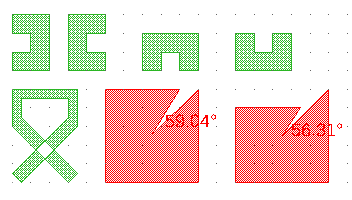 The area of a single element is checked. It can be checked for a minimum area and for a maximum area of that shape. Optional a merge operation before the check can be performed to get the correct area of touching shapes.

Checks the density of a single layer in the design. It will be check for a minimum and maximum relation of the area used by the layer and free area. The area used twice or more time in a check square will be counted twice. 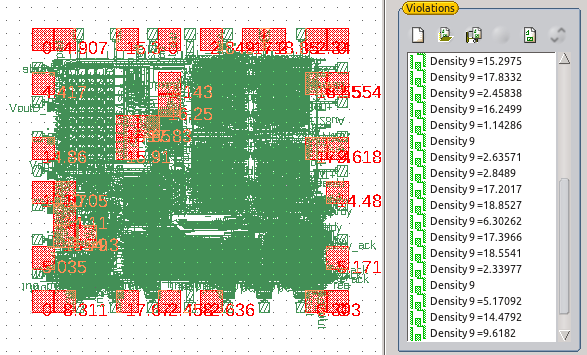 Check for minimum/maximum/exact dimensions. The dimension is measured in the orientation along the x/y axis. Optional a merge operation before the check is possible to get the correct dimension of touching shapes. 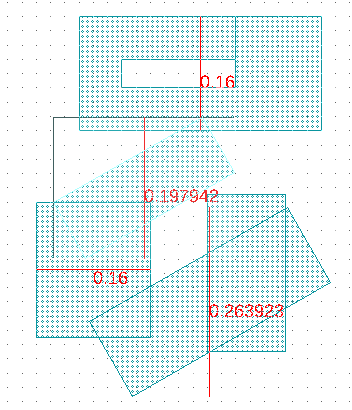 The check will calculate the point inside the shapes located mostly remote from any edge. This point is also called Pole of Inaccessibility. If the distance of the point to the edge exceeds or falls below an entered value a violation is triggered. 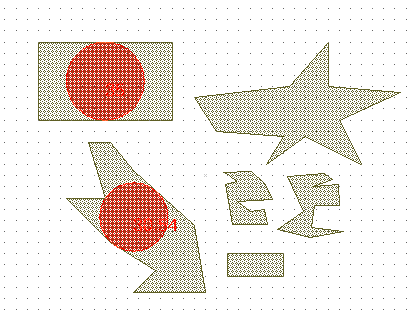 Shapes on a chosen layer with a distance less than an entered value are marked as a violation. Optional a merge before the check can be performed to avoid violation in joining shapes. Incorrect elements will be copied on the error layer. Also, the location of the defect will be marked.

Checks for notches smaller than an entered value. Optional a merge operation is performed before. That option will allow detecting notches created by touching shapes. A further option will also check the existence of slots in a single shape.

All elements on a chosen layer are checked on minimum size. There is an option to perform an integrated merge before performing the check. Incorrect elements will be copied on the error layer. Also, the location of the violation will be marked. Sharp angles (> 90°) can optionally also be marked. 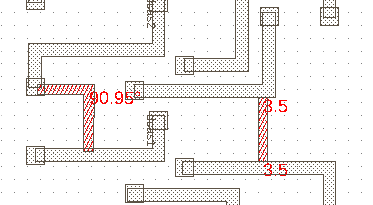 Polygons with inner holes are marked as a violation. Optional a merge operation before the check is performed to also show of violations as a result of joining shapes. 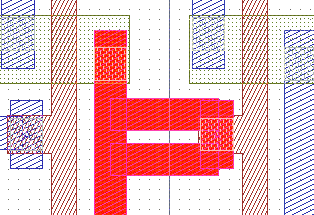 It is checked for paths with spikes. A spike is a path segment in the opposite direction to the previous path segment. All paths on an entered layer will be checked. Next to the spikes check paths can optional be checked on sharp angles. A sharp angle is an angle bigger than 90° between to path segments. Sharp angles on paths are not clearly defined in the GDS spec and should be avoided. 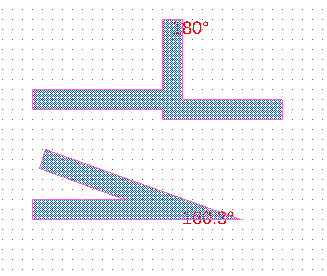 Checks on paths that have a width smaller or equal than zero. These paths are usually invisible on a photomask. 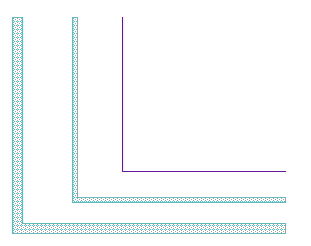 Checks the perimeter of a single shape. It can be checked for a minimum and for a maximum perimeter. Optional a merge operation can be performed before the check to get the correct perimeter of touching shapes. 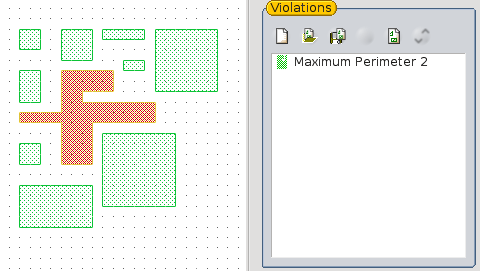